My latest television obsession is THE TERROR, an AMC series based on the best-selling novel of the same name by Dan Simmons. (I will read the novel once the series is over, because if I read it before, I might be disappointed with the television version.)

Loosely, the plot is this: Two British naval ships Erebus and Terror search for the as yet undiscovered Northwest Passage by sailing over the north pole. The ships encounter pack ice and are soon frozen in place in a wasteland of ice and snow. Then it starts to get really scary.

I was first drawn to the series because **thump-a-thump** actor Tobias Menzies plays a major role as Commander James Fitzjames. When I saw the full line-up of stars, I knew I had to watch it. My husband and I jokingly maintain that there are twelve British actors that appear in everything. THE TERROR has three of them: 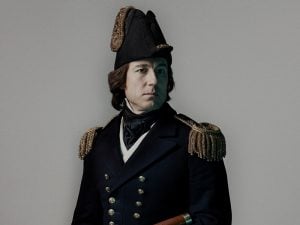 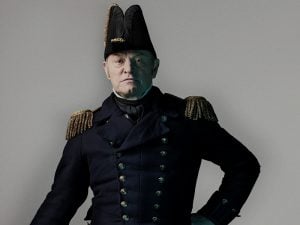 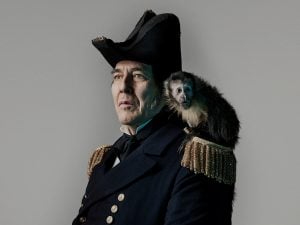 As an average viewer, I am consumed by the drama, the danger, the mystery, the acting is outstanding, and I am on the edge of my seat throughout. From a writer’s view point, THE TERROR is a study in how setting can drive the tension and conflict in a story. Man against Nature. And you know who always wins that one.